Breaking Down Barriers to Cultivate a Culture of Trust 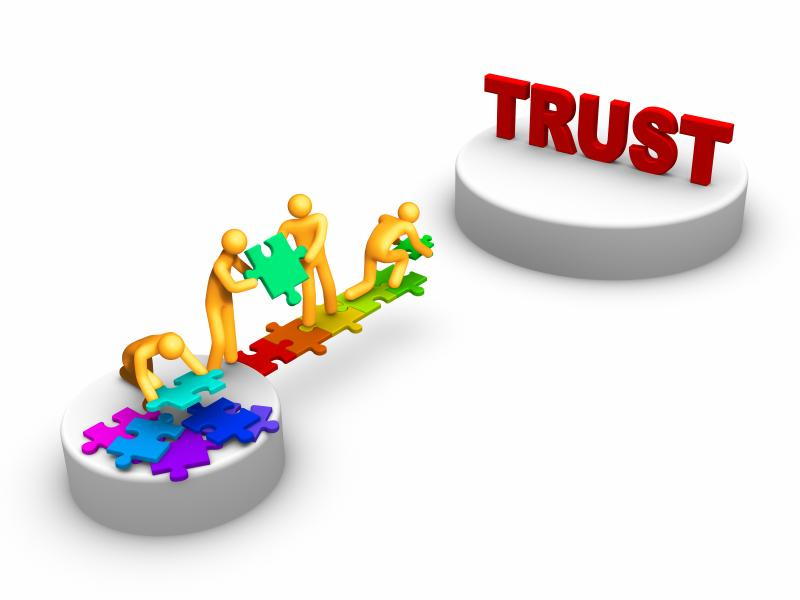 I recently received a call from a client who was the executive sponsor of a team responsible for creating and delivering the next generation software platform for their clients. He explained, “The company has invested millions of dollars. We’ve dedicated significant resources from across the company to design the new software platform. The GM and his team have daily scrum meetings, detailed project plans. Yet the team has not delivered. Customers are turning to our competitors looking for an alternative option to meet their needs. Bottom line: we are failing to deliver our promised innovative platform. No one on the team is taking responsibility. Everyone is pointing fingers at others. We’ve got to get this turned around, fast. How can you help us?”

Sound familiar? If you were in this situation, where would you start? Here is where we started.

We decided to quickly dig into the situation. I met individually with the GM and key members of the team across all functions responsible for the design, testing, and delivery of the new platform. They candidly told their part of the story about their frustrations and barriers that prevented the team’s performance. In addition, we everyone on the team was asked to complete a survey that measured both the level of clarity AND agreement about the team’s vision, values, mission, goals, roles, and priorities. It also measured barriers to building trust in the team, and identified what needed to be done to remove them.

Here is what we found. Some of the barriers were structural in nature, some were human in nature. For example, although most people reported being clear about things such as goals, roles, and priorities, the amount of AGREEMENT was low. People were not passionate about things they didn’t agree with. In addition there were other structural issues such as the design of the reward system. Individuals are rewarded for performing their individual deliverables—that’s great, right, so what was missing? Team goals and rewards needed to be designed to motivate a spirit of “we” vs. only “I”.

Making things even more complex, the interviews and survey painted a vivid picture of a deeper human element lurking in the background—a “lack of trust”. According to Keith Ayers, CEO of Integro Leadership, relationships are formed as trust develops. "When trust diminishes, relationships become more distant, often leading to conflict. Getting team members engaged and committed to the team’s purpose, values and vision requires a high level of trust. Team members need to know they can trust their team leader and other members of the team."

For more than 15 years, Patrick Lencioni’s The Five Dysfunctions of a Team has been on Amazon’s best seller’s list. Isn’t it interesting that the foundation of his model for building cohesive, high-functioning teams starts with TRUST. Although there are multiple methods to building trust, Lencioni suggests convening an intense group discussion around personality assessment results. He writes:

“Some of the most effective and lasting tools for building trust on a team are profiles of team members’ behavioral preferences and personality styles. These help break down barriers by allowing people to better understand and empathize with one another”, so that they can move on to passionately debating ideas, making commitments, being accountable, and achieving team results.”

When left unchecked, a lack of trust will drip by drip sap our cultures of their vitality. There is more to the story about what happened next. Stay tuned.

Do you want to address those ever-present structural and human issues lurking underground that impede your teams from breaking down barriers to achieve team goals?

Let us help. We have state-of-the art assessment tools, and expert coach consultants to help you take the next step in building healthy a healthy work culture.

Contact us at [email protected] to schedule a call.

Dr. Laura Hauser melds the science and art of coaching with a specialty in the development of teams and organizations. She wears multiple hats as a masterful coach, consultant, author, educator, social scientist, conference speaker, and business owner. After working 18 years internally for large corporations, serving in both specialist and management positions, she founded Leadership Strategies International in 1993. She is internationally recognized for her research on team coaching, and is the designer of the proprietary Team Coaching Operating System®.She believes that leaders, and people who support them, deserve to know what it takes for teams to succeed, and fail, before they derail.